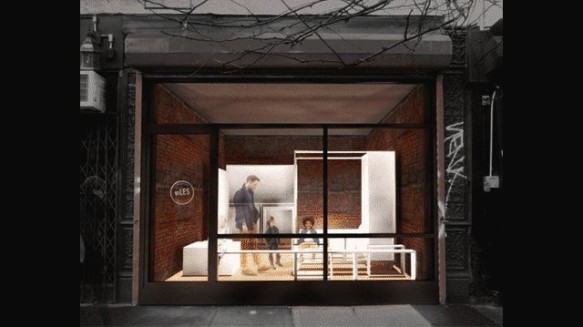 Cities like New York and San Francisco are incomparable incubators for culture, facilitators of connection and global villages that hold the promise of sustainably supporting large populations. But these cities are also becoming prohibitively expensive for the very people who bring the most life to their streets. There is less and less space (literally and figuratively) for creativity and innovation without profit motive. And just when you’re about to lose hope and move to the country, when another gallery or independent business gets replaced by a bank kiosk, a project like miLES comes along.

We looked at miLES (Made in the Lower East Side) last year when it won the One Prize. The original plan centered around a modular, rentable, low cost cube that could be inserted into any number of vacant, unused or underutilized urban spaces–alleyways, storefronts, etc–converting them into classrooms, rehearsal spaces, dining rooms, stores, etc. We admit that while we thought the idea was great, we weren’t sure how it would come to pass in a litigation-happy city like New York.

We are very happy to have our skepticism debunked. MiLES is making their “Transformer” project a reality through Kickstarter (where else?). For seven weeks, miLES plans to take over a vacant storefront to give seven different people and organizations a low cost forum to present their ideas to the public. The seven weeks are divided into seven categories: show, play, learn, share, make, make, shop and eat, each with their own host. 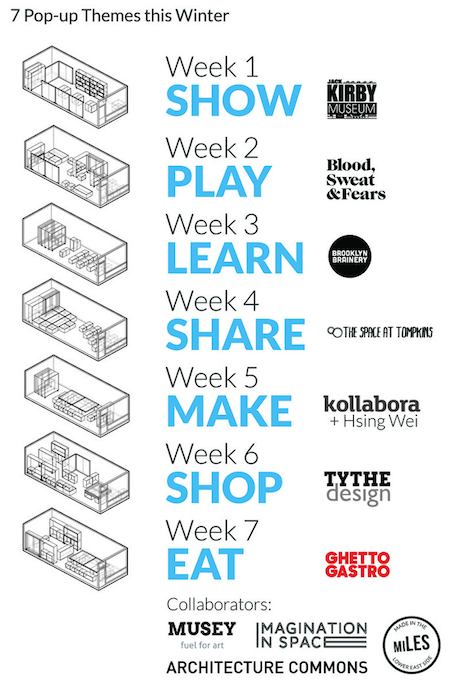 MiLES Transformer will use a modular cube designed by Architecture Commons, similar to the one in their prototype; it will enable the space to be adapted to the various different uses. 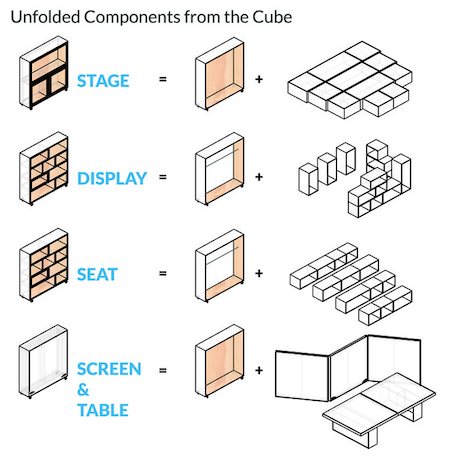 The idea is to have a living demonstration of the concept that shows local realtors that the idea is a viable one. But here’s the deal: they haven’t funded it yet. With 18 days left of their campaign, they have raised $6300 of a $32K goal. In other words, miLES needs your help (aka money), so if you like the idea, please support their Kickstarter project now.