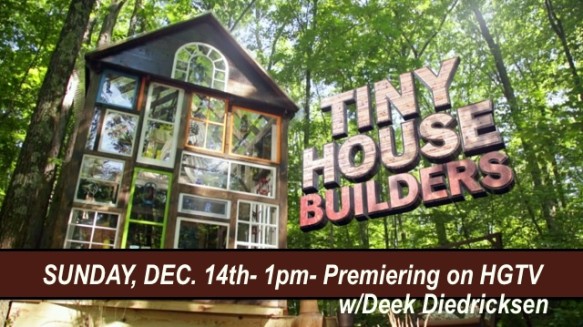 If you’re hot for tiny houses, but not familiar with Derek “Deek” Diedricksen, you just don’t know what’s up. Deek is one the movement’s/housing typology’s most prominent, interesting and likable characters. A recent Fair Companies video (below) of Deek showed that he wears many hats–drummer, painter, author, blogger, speaker, teacher–but more than anything, he is a builder. He has built countless tiny houses and shacks, many of which are on view at his blog Relax Shacks. And as if Deek weren’t prolific enough, he’s now got a TV show. “Tiny House Builders,” is airing this Sunday Dec 14 on HGTV at 1pm.

While the title kinda gives away the show’s theme, Deek has created an ambitious program for the premier show. “We’re doing things the hard way, and at break-neck speed, and all off-grid too, in just four days,” he told us. “It’s just absolutely grueling–but the end product in each episode is something I’m pretty proud of, and the builds and approaches are pretty darn unique.” 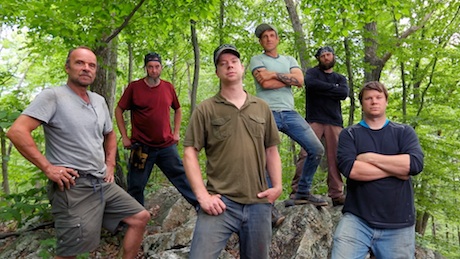 The show is actually in “sneak-peak” mode, meaning the network is seeing if the two episodes that are already produced land with audiences. Deek is a bit fatalistic about the shows future, mostly because he has so many other things going on. He told us, “If it doesn’t take off, I have so much going on with my next book (“Microshelters” via Storey Press- Sept ’15), custom tree house and backyard office builds, and my hands-on design workshops around the US, that I’ll just focus more on those instead. I also want to do more with my painting and art, in fact, I have a few long-brewing ideas for the ailing downtown center of my town and even started up a facebook page to try and spread some of these possible revitalization approaches.”

While he’s very cool about it, we are looking forward to checking the show out and wish for its success. The more tiny, sustainable, affordable housing solutions enters mainstream cultural conversation, the better. Check your cable listing for local details. We’ll also let you know if/when it’s available to stream online.