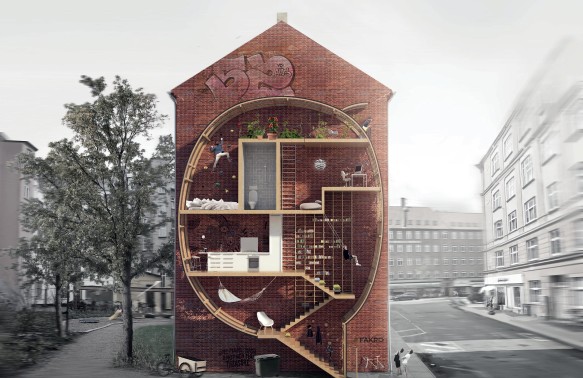 Mind, and Live in, The Gap

Dutch roof window manufacturer Fakro doesn’t like wasted space. To prove this, they have conceived the “Live Between Buildings” concept, designed to utilize “blind walls” between buildings–i.e. the passageways between buildings that lack windows on both neighboring buildings. By making living and work structures whose exteriors are completely constructed of Fakro windows, LBB both utilizes unused spaces as well as brings maximum light to otherwise gloomy areas.

The idea is an interesting one, if not new. As we saw with the 1830 Spite house, people have been using the structures of neighboring buildings to make new ones for some time (you could say many shanties incorporate the same principle as well). Fakro’s design just brings modern technology to bear on the idea. 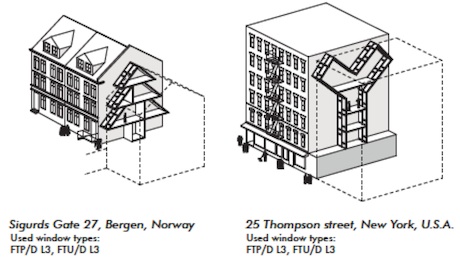 We’re not sure how likely LBB is to being constructed, but it seems like Fakro is pretty serious about building them. They have located a number of locations in major cities around the world where the structures would fit.

As spaces in the world’s major cities become more and more expensive, architecture will likely have to become more adaptive. LBB is one such adaptation. Whether it’s a genius or crackpot idea, only the future will tell.