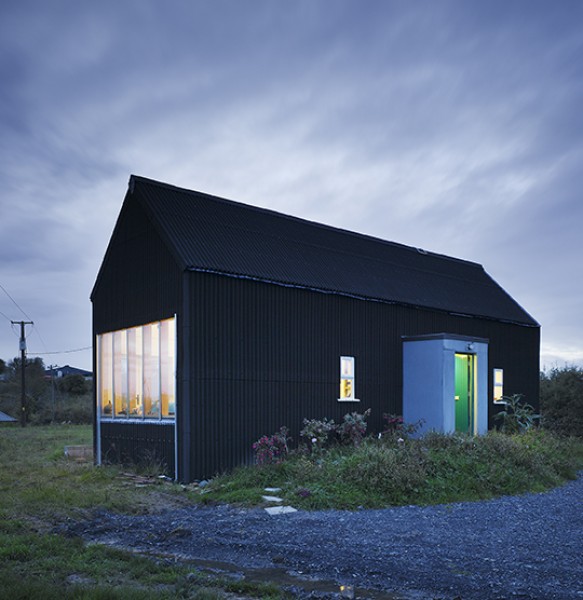 In Quest for Home, Man Chooses to Build Rather than Borrow

If you didn’t know it already, the modern home-ownership model is pretty flawed for most. Homeowners are expected to take on massive amounts of debt in the form of a mortgage, the great percentage of money paid toward interest payments rather than the home itself. Worse still is that many homes are made artificially large, a dubious premium that jacks up house prices, benefiting realtors, builders, governments (in the form of property taxes) and banks alike. For most people without a ton of money, housing means either completely leveraging oneself and making big mortgage payments, or renting, which has its own drawbacks. When Dominic Stevens found himself presented with these two sucky options, he decided to put his architectural and building chops to good use and create a third option that was smaller, cheaper and allowed him to avoid the snare of the modern home-buying model.

On his site, Stevens writes that the house started when he found himself “without a lot of money and urgently requiring somewhere to live.” He decided to make as “small and simple a three bedroom house as seemed possible,” paring “everything back to the basics and accepting very basic finishes,” all in the interest in staying in his €25,000 budget. 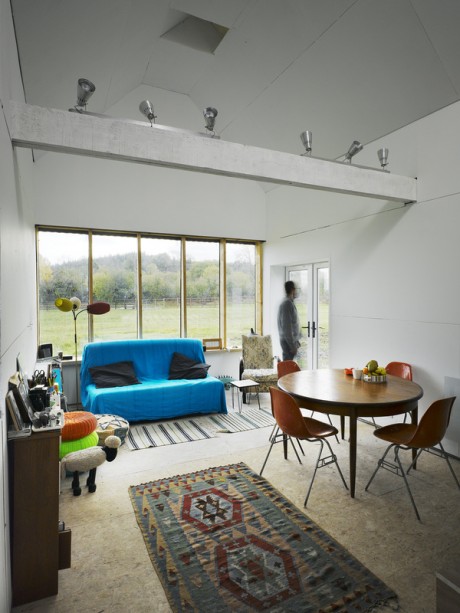 The house was not just an exercise in efficiency and frugality, but a philosophical exercise, harkening to what he calls vernacular traditions, when “people build their own house, not with help from the bank, rather with the help of their neighbours.” He spent two years working on and building the house, spending a total of 50 days onsite. Staying true to his mission, he said that the project relied on “the help and goodwill of friends, neighbours and family.” 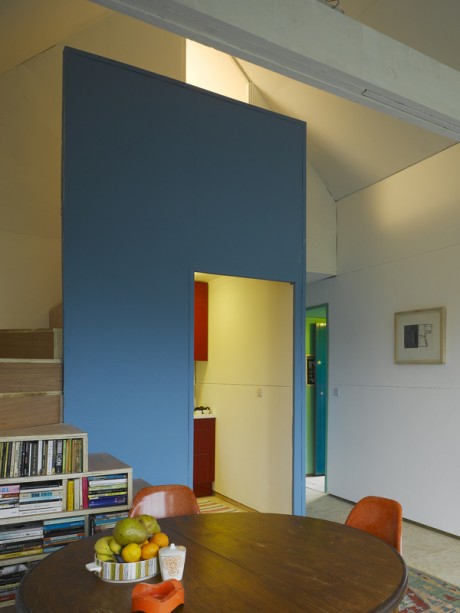 He doesn’t sugarcoat the process, writing that “for two years it felt like I was either working, building or feeling guilty about not building!” But he continues that it was “really empowering to achieve something like this in your life and you are left with a house without enormous debts.”

Stevens refers to his website as a “commons,” a place where he can share the knowledge he picked up in the process of building the home, potentially helping those who might want to endeavor to create something similar. There is a step-by-step guide, material list and basic plans to help you along the way.

More than anything, the home is a bit of a middle finger to the existing model of homeownership. He writes of the project’s political motivation:

We have been duped. At the height of the Celtic Tiger Boom €300,000 was the average house price. In total it could be calculated that one third of this went into the government coffers in the form of taxes, levies and development charges, another large chunk went into the pockets of developers. By artificially escalating the price of houses through media hype and manipulation, the government and their developer cronies seem to have transferred the national debt to being a private debt, while the developers are sitting in luxury….By building this house I am examining alternative traditions to what has become the accepted model. The model that we have become used now places the house as a way of driving the economy – we build houses as a method of making money not in order to house people well.

While perhaps requiring more time and skill than many might have available (or not), we applaud Stevens’ efforts and for creating a third way of creating sensibly sized, attainable housing. Check out his site for more pictures and information.