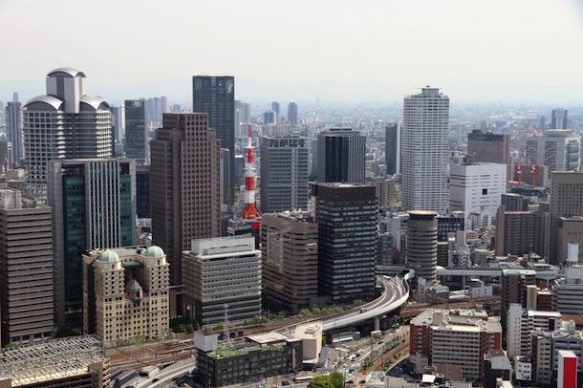 “If You Love Nature, Stay Away From It.” Agree?

Harvard Professor Ed Glaeser is not a neutral guy. Anyone who writes a book called “Triumph of the City: How Our Greatest Invention Makes Us Richer, Smarter, Greener, Healthier, and Happier” is going to have distinct opinions about the merits of city living. He sees cities as the principle way forward for a world population projected to exceed 10B people by 2050.

Besides touting the City’s fertile conditions for economic progress, innovation and wellbeing, Glaeser asserts that cities are far greener than their arboreal suburban and rural neighbors. In a Boston Globe op-ed published a few years ago, Glaeser starts his piece with an anecdote about how Henry David Thoreau–the “secular saint of environmentalism” as he put it–set fire to 300 acres of forest around Concord, MA while communing with nature. He argues that Thoreau’s fire is analogous to the human desire to live around–and in–nature. It’s a nice idea, but a grim reality. He warns that “we are a destructive species, and if you love nature, stay away from it.”

Glaeser uses a case study that compares central Boston dwellers with their suburban counterparts to demonstrate his point. Between their larger homes, higher energy bills and increased transportation needs, he states that “the standardized suburban household in the Boston area produces almost six tons more carbon dioxide per year than the standardized urban household.”

Several years ago, Treehugger’s Lloyd Alter wrote an article called “Are Cities Really Green” (it’s as timely today as it was then). Alter refers to a New Yorker article by David Owen, who claimed that if New York City were its own state, it would rank 51st in terms of per capita energy consumption. Both Glaeser and Owen’s claims are in line with the Abogo website, which measures the carbon consumption of a household by its address. Predictably, the less urban an address, the more carbon it produces.

But Alter also referred to Economist Tyler Cowen who said city folk shouldn’t get so high on themselves for their greenness–that “praising Manhattan [or likely any city] is a bit like looking only at the roof of a car and concluding it doesn’t burn much gas.” He says that cities are the economic drivers for the rest of the country, creating the industries that send people to the less-dense, greater-polluting outskirts. Sure, if city-dwellers lived in a bubble, their environmental impact would be much smaller than suburbanites and country folk. But they don’t live in a bubble. As Cowen explains, “”Think of Manhattan as a place which outsources its pollution, simply because land there is so valuable.”.

There’s truth on all sides. Yes, cities are more efficient, and no, they don’t live in a economic or environmental bubble. Not all cities are created alike, nor are suburbs and rural homes.

We would note that Cowen refers to the content more than the form of the city, which assumes an inextricable connection between the two. Such is not the case however. Some cities might be economic, carbon-outsourcing powerhouses like New York and Hong Kong; others, like Lagos or say Portland, OR rely more on their internal economy. If you leave content out of the equation, cities, with their smaller housing footprints and reduced transportation needs, are, on average, going to have a smaller per capita environmental footprints than suburbs and the country.

Far be it from us to present pat answers. What do you think? Are cities inherently the greenest place to live? Or is the city mouse just outsourcing his dirt? Is there a winner? Does there need to be?