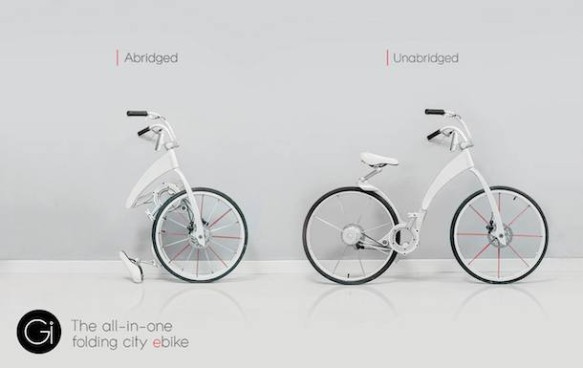 What would the perfect city bike look like? It’d be compact to fit into small apartments. It’d be thief proof. It’d have electric assist for longer commutes or when you might be too lazy to pedal after a day’s work or evening drink. It’d be relatively upright and grease free so as not to ruin your freshly pressed Men’s Warehouse suit. Well you can stop waiting for this mythical, two-wheeled wonder. The Gi-Bike has all of those things and more. 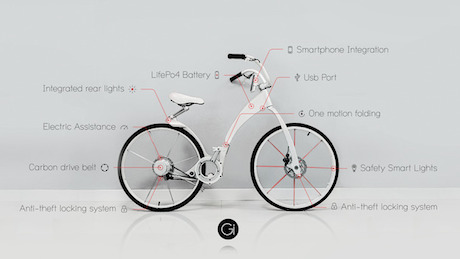 Here are some of the Gi-Bike’s features:

What could make it a better city bike? (Note: we have not seen or ridden a Gi-Bike in person).

Like most interesting products nowadays, the Gi-Bike is launching through Kickstarter. Their campaign starts today. A pledge of $2590 gets you a manual Gi-Bike and a pledge of $2990 gets you the e-bike (only 10 available at that price. Normally $3390). We realize many people can’t wrap their heads around spending more than $75 for a bike, but as we’ve noted here before, making a bike that legitimately replaces a car or other motorized transport might cost some coin. If the Gi-Bike serves your transport needs–and we think it might do so for many–we can think of much worse ways of spending $3K.