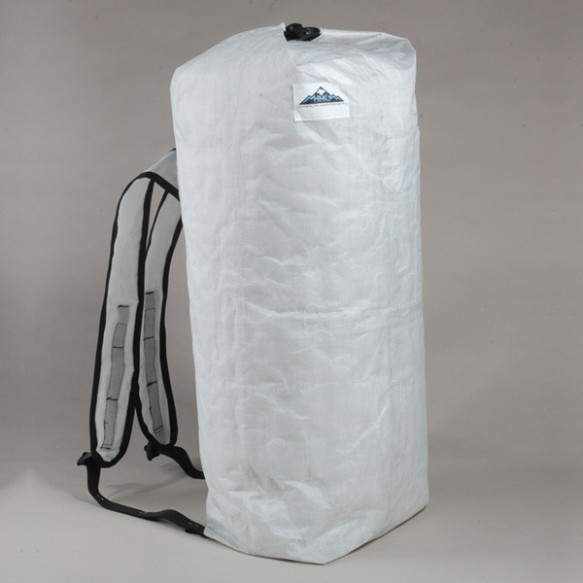 Cuben fiber is a non-woven fiber that’s 15 times stronger than steel and up to 40% stronger than kevlar. According to Wikipedia, its principle applications are “yacht sails, airship hulls, kites and many designs that require extremely strong rip resistance and light areal weight.” 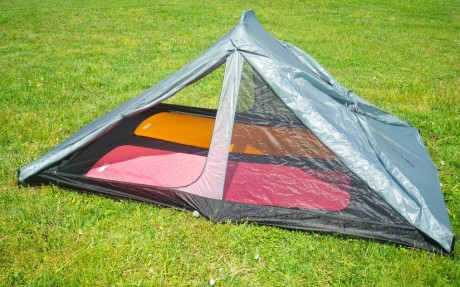 While not many of us are in the market for “airship hulls” (are airships those things from the Jabba the Hutt scene in Return of the Jedi?), the material is being used in a number of more earthbound applications, particularly camping gear: Tents, backpacks, sleeping bags, tarps, stuff-sacks, etc. A 2 person tents such as the LightHeart Duo ($295, above) weighs a mere 2 lbs with stuff-sack–less than half the weight of a standard tent. Other manufacturers include Lawson Equipment, ZPacks, LightHeart, Hyperlite Mountain Gear and Mountain Laurel Designs.

While not everyone is into camping, something like the Zpacks  Zero Stuff Sack Backpack (left, $75-115) is a great minimal backpack for anyone. It’s available in 4 sizes and the small one compacts small enough to fit in a quart-sized Ziplock bag. Hyperlite Mountain Gear’s Metro Pack ($128, pictured at top) is another, similar minimal bag.

Lightweight bags like these are a nice change from a lot of today’s luggage, which is often bulkier than the stuff it carries. It also takes the bulk out of camping gear, which is nice to have around, but often takes up a lot of valuable storage space.

Do you have experience with Cuben Fiber? If so, let us know.

Correction: Previous version said Jabba the Hutt scene was in Empire Strikes Back, not Return of the Jedi.