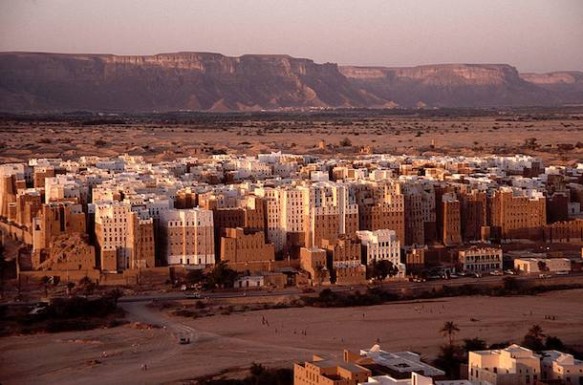 The Manhattan of the Desert

Energy-intensive, gargantuan and sprawled-out houses are a very recent phenomenon. People have known for centuries, if not millennia, that living close together and conserving resources is the best way to survive and live. Yemen city Shibam serves as a nice example of how the past often contains the simple wisdom necessary to right recent architectural and urban planning wrongs–ones that have thrown the world into an unsustainable tailspin. 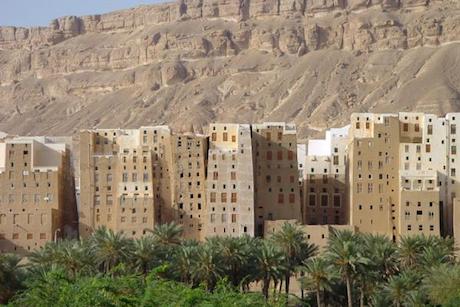 The city dates back to the 3rd Century AD, however most of its distinctive “skyscrapers” are from the 16th Century–predating many of the West’s vertical cities by a few hundred years. Rising as high as 100 ft, and having as many as 11 stories, the buildings are still some of the world’s highest mud brick structures. With 500 buildings inside the walled city, the dense cityscape has led some to call Shibam “the Manhattan of the desert.”  The building height not only increased land-use efficiency, fitting more people onto less land, it also conveyed the wealth of the city and provided defense from marauders. 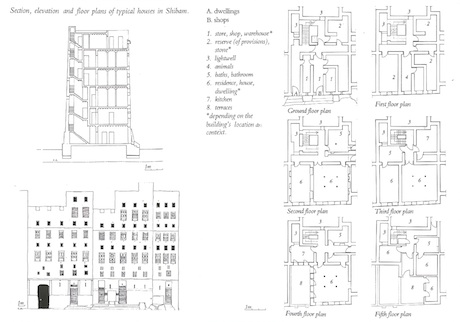 Shibam is now a UNESCO World Heritage site. The organization says this about the city:

Shibam has had some recent misfortune, with major flooding in 2008 and an Al Qaeda attack in 2009. All that notwithstanding, the city still has 7000 residents and presents itself as a historical guide to a resource-sipping city–one that could inform how the rest of us might organize our cities in the future.