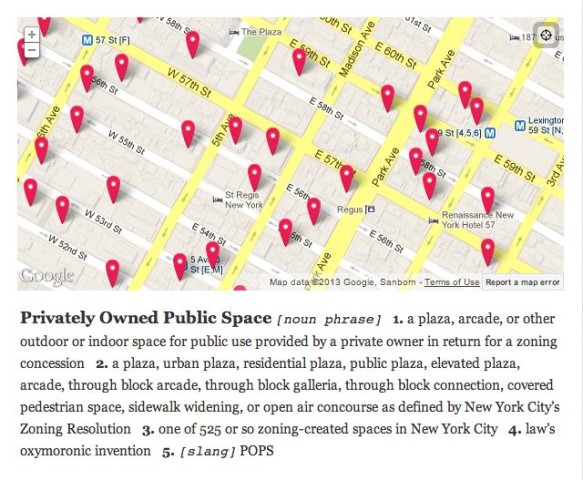 Occupy Your City this Spring

In many parts of the US and world, spring is springing. Time to take out the lighter jacket and head outdoors. Particularly when living in a smaller abode, it’s important to use your city as a living room, exploiting public space to offset minimal private space. While we’ve tossed out a few public spaces in New York City where those public living rooms might be, there are lesser known spots that often fly beneath the radar.

Privately Owned Public Space (POPS) are located throughout New York and most major cities. They are exactly what they sound like: Spaces you can loiter in, ahem, enjoy, but because they are privately owned, don’t get the hype of major publicly-owned public spaces such as the Highline and Central Park (Zuccotti Park is the one POPS that did get plenty of hype). 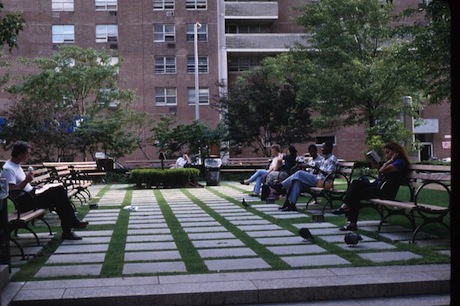 A website by APOPS@MAS (Advocates for Privately-Owned Public Spaces at the Municple Arts Society) provides a detailed map of NYC’s 500+ POPS throughout Manhattan, Brooklyn and Long Island. The site even allows you to search based on criteria such as climate control (providing AC in the summer or heat in winter), 24 hour access and spaces that feature programming such as gallery talks.

The APOPS@MAS site is not only a database, but an advocate of proper stewardship of these spaces. They say this about the spaces and the organization’s mission:

Built and managed by office and residential skyscraper owners in return for valuable floor area bonuses and other zoning concessions, these privately owned spaces are legally required to be open for public use. While some are quite good, others are problematic. APOPS@MAS seeks to sustain and improve all spaces through constructive engagement with owners, public officials, community boards, civic groups, and, most fundamentally, with you.

Detailed descriptions of the spaces are available on the site so you can steer clear of the problematic sites (admittedly, many are just charmless spaces at the bases of skyscrapers).

We did a little digging and found databases for San Francisco (and this one), Seattle and London.

Like the smartphone you accidentally realized had way more cool features than you ever knew how to use, most cities hold many untapped wonders such as POPS that make our lives richer.

Do you have any secret spots in your city? Let us know in our comments section.