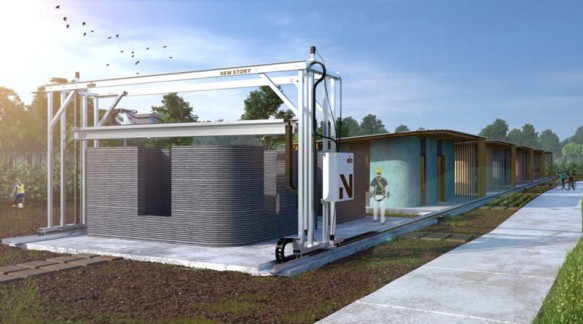 A 3D-Printed Home for a Good Cause

3D printing is the wave of the future and now Silicon Valley based startup, New Story, is using this technology to solve the housing problem in the developing world. They are able to construct concrete tiny homes in the span of a day. The company first began by tackling the housing crisis that befell Haiti after the big earthquake in 2010. Not enough homes were being built fast enough and efficiently to shelter the growing population in need. Since then, their goals for solving this problems became clear;

“The team laid out three goals. First, they wanted to significantly decrease the cost of building a house, though the homes they were currently building–with concrete walls and a simple design–were already very low-cost, at $6,500. They also wanted to make construction faster, while improving the quality of the final home.” – Fast Company 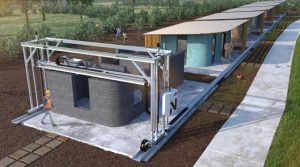 Their answer came in the form of a 3D printer. They named it the Vulcan which is able to efficiently produce homes much faster when compared to human built designs.  The team decided to make the structure out of concrete mortar, a widely available and affordable building material readily available around the world. They were able to get their construction costs at under their estimated goal to about $3500.

See construction unfold of their model home in Austin, Texas in the video below.