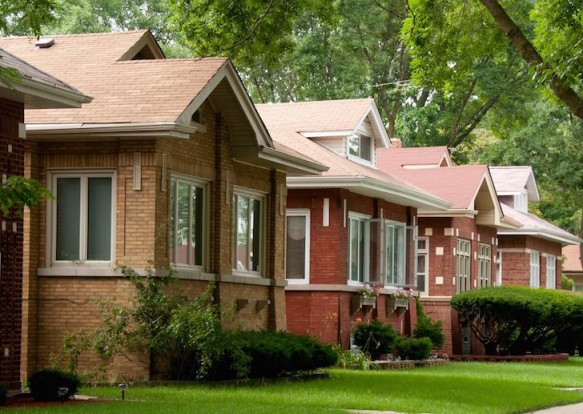 In the early part of the 20th Century, the United States experienced a surge of housing demand from upwardly mobile first and second generation immigrants. Fueled by incomes that exceeded their previous subsistence levels, these people were after something more comfortable than their previous cramped urban quarters. At this point in history, cars hadn’t quite hit saturation levels (in 1930 there were 2 : 10 cars/people versus 8 : 10 today). As such, these new, comfortable homes had to be densely laid out so people could get to work via bus and streetcars. One supply solution to this demand came in the form of the Chicago Bungalow–a modest, solidly-built, densely laid out single family house that spread throughout the midwestern city’s borders.

Between 1910-1940, 80K bungalows were constructed in Chicago. According to the Historic Chicago Bungalow Society, these homes had several distinguishing features such as having:

Measuring roughly 1200 sq ft, the family-focused Chicago Bungalows were fairly uniform in dimension, yet they had aesthetic variations such as differing brick color and unique decorative windows that gave each unit its own personal character. 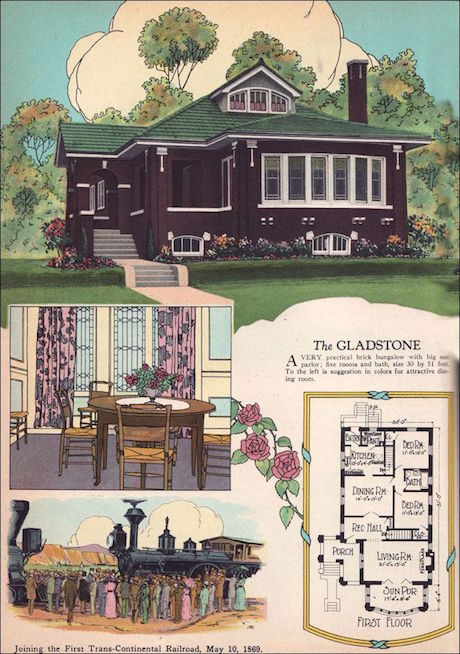 Because they sat on long, narrow 125’ x 25’ lots, which included small yards, aforementioned populations were able to stay relatively close to city and industrial centers. Incidentally, my mother, whose father worked in the railyards, grew up in a southside bungalow along with my uncle and grandmother (before they were known as such). 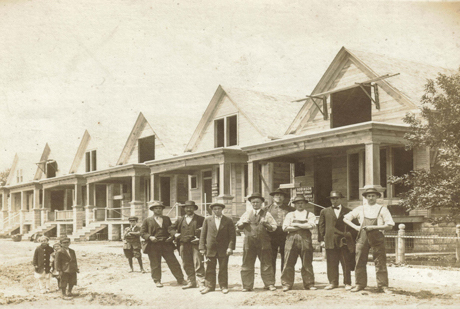 In contrast to today’s single family home, whose girth has grown beyond 2600 sq ft for the average new single family home, the Chicago Bungalow was (and still is) an exercise in modesty, practicality, quality craftsmanship and solid urban planning. As I’ve said many times before, the past often holds the key to the future.