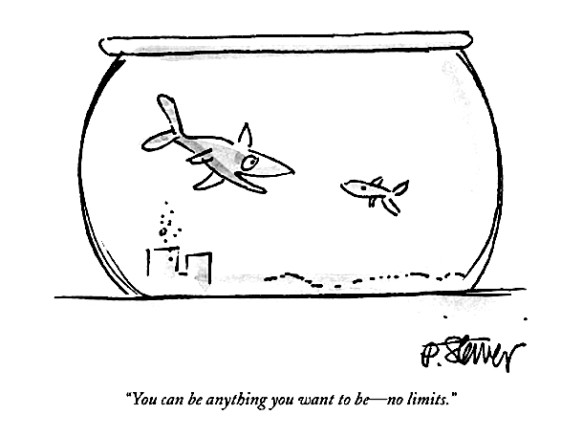 Have you ever expected to get something? A home, clothes, the latest tech, a job, perhaps a certain outcome or treatment. Whether consciously or not, you might have staked your happiness on whether this expectation was met. Logic goes: if I get what I expect, I will be more comfortable/wealthier/sexier/more respected/etc, life will be better than it is now, I will be happier. If don’t get what I expect, I will be uncomfortable/poorer/less attractive/less respected/etc, life will suck, I will be unhappy.

Sometimes, expectations are met. We get a bump of satisfaction we might label as happiness. Bump wears off, and we’re on to the next (often bigger, better) thing that’ll make us happy; often referred to as the hedonic treadmill.

But often our expectations are unmet. We don’t get the outcome we wanted. We are disappointed and angry. Happiness lost.

In either instance, the satisfaction of our expectations is the determining factor of whether we are happy or not.

Our happiness depends on always having expectations met–something that’s pretty hard to do…or at least exhausting.

But what if we got rid of, or at least lowered, our expectations? In this world, an outcome is just and outcome–neither positive or negative. And when we do get something, it is, as they say, gravy.

A study that came out last summer from the University College of London verifies the power of expectations to make or break our happiness. As study author and neuroscientist Robb Rutledge put it, “Happiness depends not on how well things are going but whether things are going better or worse than expected.”

Today.com explains how the scientists came to this conclusion:

The study involved two parts. First, 26 subjects made decisions that led to financial wins or losses, all while being monitored by an MRI machine. Later, 18,420 people played a game called “The Great Brain Experiment,” which replicated the experiment with points instead of money…Ultimately, the researchers found that it was not the amount of total money or points won that mattered–it was how winning or losing stacked up to expectations formed during past experiences.

In other words, it’s not the success or failure to acquire something or achieve a particular outcome, but our expectations that we would do so in the first place that has the greatest impact on our happiness.

With no or low expectations, we have a near 100% chance of dodging disappointment, anger and unhappiness. It’s a formula in which losing is impossible.

What unmet expectations are bring you down? What would life look like if you let them go?