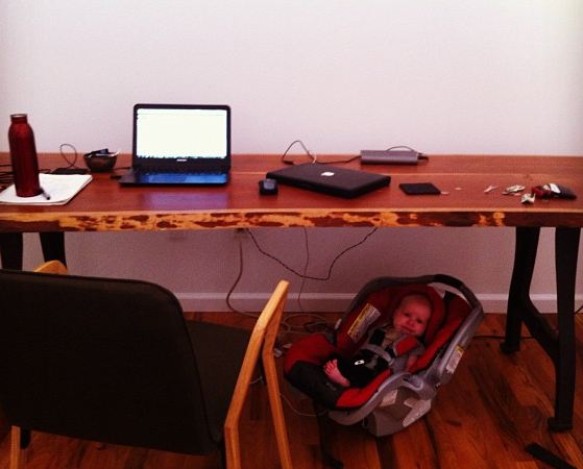 Does Working From Home Boost or Kill Productivity?

Working at home has many perks: no additional office space needed, no commute, no fancy work clothes, less water consumed because you don’t need to take a pesky shower…the benefits go on and on. But are those of us who work from home actually working or are we “shirking” our professional obligations?

A recent study by Stanford University suggests that home-workers are actually more productive and satisfied with their jobs than their officed counterparts. The study involved 13K call-center employees of a Chinese multinational corporation. They found a 13% increase in productivity as well as increased job satisfaction of the study’s subjects. Here is what they said about those findings:

These are pretty impressive numbers. Impressive enough that the company decided to let all of its employees opt-in to a work-from-home situation. Strangely, of those who volunteered for the study, only half decided to work from home. But those who did opt-in reported a doubled performance impact. This, the study says, highlights “the benefits of choice alongside modern practices like home working.” In other words, people who choose working from home are most likely to be the best home workers.

We wonder how these numbers hold up with different professions. Whereas a call center worker’s work is somewhat dictated to her (i.e. people calling), other professions–writers, designers, salespeople, etc.–require a bit more self-starting. How to they fare at home? Might environments with people around create a social incentive to work?

Even if the home-worker has only the same level of productivity as his office-going counterpart, the exclusion of things like commutes, meal breaks and other small ways traditional workers lose time make working from home a compelling alternative. Saving money and resources on office space shouldn’t be overlooked as well.

Are you one of the 10% of Americans who work at least one day/week from home? Or the 4.3% who work full-time from home? What is your experience? Do you think you are more or less productive? What are the perks and downsides? Let us know.

[Full disclosure: This post was written from home, by a full-time home worker, rocking his sleeping baby’s son with his foot. Pictured above.]