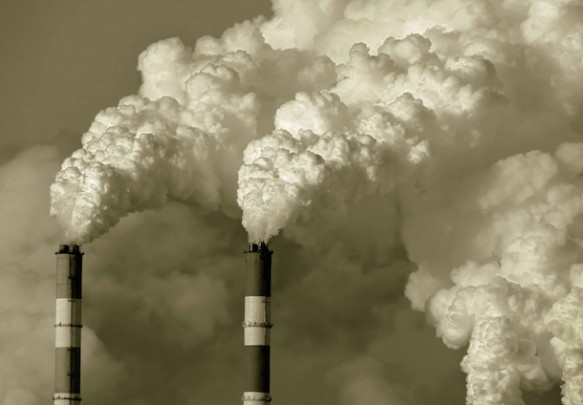 Buy Less Stuff, Downsize for Yourself, for the Earth

The People’s Climate March is happening this Sunday, September 21 in New York City. It is expected to be the largest march calling for action to stop the manmade causes of climate change, which if you haven’t been reading the news, are pretty (i.e. really, truly, profoundly) bad. A couple weeks ago, the UN’s International Panel on Climate Change (IPCC) released a draft of its upcoming report that said that the effects of increasing global greenhouse gas (GHG) emissions will likely create “severe, pervasive and irreversible impacts” to the planet in the coming decades–things like food shortages, rising, acidifying oceans and much, much more.

And what is causing all of this? It’s our love of stuff.

Okay, maybe this is a bit simplistic, but not completely. From 1970 to 2000, global emissions of greenhouse gases grew at 1.3% a year, but increased to 2.2% from 2000-2010. The reason, by most accounts, is China, who accounts for half the world’s coal use. And why does China need all that coal? It’s not to heat and cool the interiors of their McMansions; in fact, based on intra-border consumption, the Chinese produce a fraction of the carbon footprint of the average American, and in fact are reducing their personal per capita footprints. The reason is they’re making stuff for the West. All those things that say “made in China” sitting around our house–basically everything–represent some tiny fraction of China’s staggering GHG emissions, which we might as well consider our own. 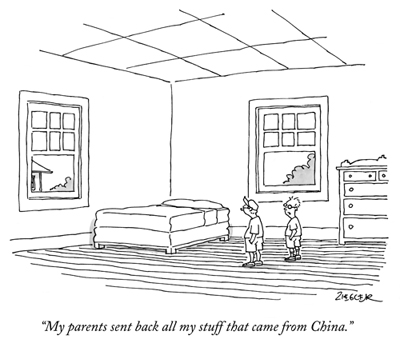 This carbon outsourcing dampens the glimmer of good news from the IPCC report draft, which found that effective mitigation of GHG emissions has worked on the local and regional levels. We might drive a little less and recycle a little more, but if we our offloading our emissions to China and elsewhere, it’s not going to make a big difference. Climate change does not respect borders. In fact, looking at things globally, things are worse than ever. The World Meteorological Organization recently reported that between 2013-2013, GHG emissions grew at the highest rate they have in 30 years.

We at LifeEdited like to focus on the positive. Living smaller and simpler with less stuff has many rewards that have nothing to do gloom and doom. Life becomes easier to navigate, manage and afford. There’s less stuff to keep you from important things like having great experiences and relationships. But today, in honor of the planet, in honor of the People’s Climate March, we’re going to state something we tend to imply: our behavior affects the planet. How we much stuff we buy, the size of the home we live in, the locations of our home (in particular), the amount we drive and fly and our myriad other behaviors all contribute to the wellbeing–or lack thereof–of the planet and its capacity to support life. Thanks for listening.

Smoke from Pipes image via Shuttertock