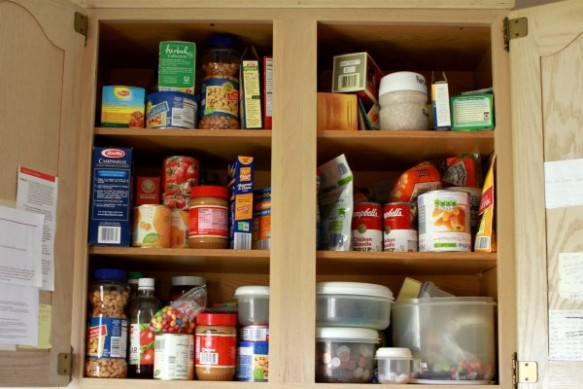 6 Tips for Creating an Edited Kitchen

When we think about clearing out excess stuff, we tend to think about durable goods like clothes, electronics, furniture and so on. A cassette tape player we haven’t used in 15 years is an easy target for excision and reducing clutter. But there is another, more edible source of residential overcrowding: food. We might be far less likely to get rid of those 15 year old canned peaches crowding our pantries than we are the cassette player. We say to ourselves, “I might eat that someday.” But do we?

Many modern fridges, cupboards and pantries buckle under the strain of excess food stocks–food that takes up valuable household space; food that uses resources and money to produce and purchase; food that often gets tossed after a long, uneventful stay in our kitchens. Consider these food facts:

Cutting down on food waste can make it easier to live in a smaller space, reduce clutter in any kitchen, save money and reduce our carbon footprints. It may even improve our health. If you’re interested in editing your food stock, here are a few tips.